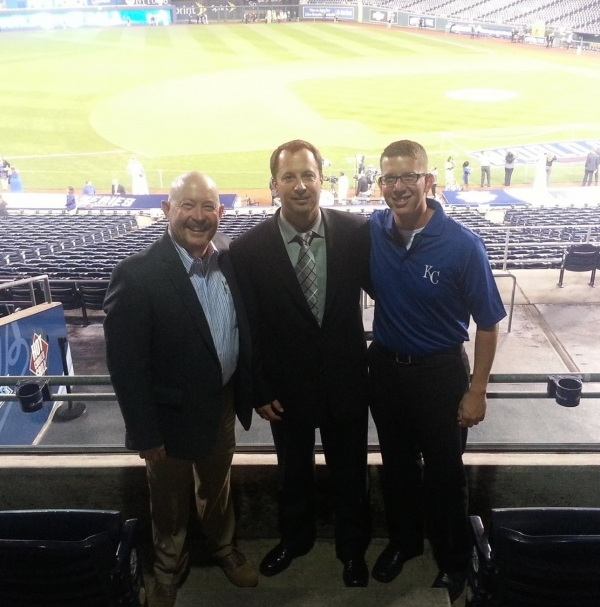 Well hey there reader!  My name Jeremy Adkins, and with any luck, I’ll be contributing on a regular basis to this wonderful organization’s newsletter. I got involved with UMPS CARE Charities due the kindness of Jim Reynolds, Jennifer Skolochenko-Platt, and Jennifer Jopling. I’m currently a college student, and previously served five years active duty in the United States Army as an infantry line medic in the 10th Mountain Division, and a medic at the United States Disciplinary Barracks (prison) in Fort Leavenworth, Kansas.  I got out of the Army and started college in 2011, and the summer of 2012 was the end of my first year.  Let me tell you something, that year was difficult.  Entering the college environment following five years of active duty, uncertainty and confusion loomed around every corner.  I didn’t know who I was anymore, and I didn’t have any direction because I wasn’t sure what I was trying to accomplish.  This led to a pretty serious battle, adjusting to a civilian lifestyle, as well as coping with my wartime service.  I’d sought help through my local Veteran’s Administration, but that effort failed miserably.  After being informed that I was going to be placed on an extensive wait list to receive any assistance whatsoever, I realized that I needed to come to terms with a very harrowing fact: I was on my own for this plight.  Really though, I wasn’t, and UMPS CARE is a major reason for that, which is why I’m about to tell you this story.

Around the same time the VA put me on that wait list, my father won an auction from UMPS CARE Charities, a charity he’d discovered while ordering umpire equipment through www.ump-attire.com, for lunch with an umpire and tickets to a baseball game in St. Louis.  My dad and I are both lifelong baseball fans, and we’d even umpired little league baseball together before and after my time in the Army, so knowing the struggles that I was going through, he invited me along.  UMPS CARE arranged for use to meet an umpire in Kansas City, where we live, but still allow us to go to a Cardinals game in St. Louis.  Enter Jim Reynolds.  Jim was the umpire that we’d been afforded the opportunity to have lunch with, and immediately the three of us hit it off.  Throughout the entire duration of the conversation, Jim conveyed the mission of UMPS CARE and absolutely lit up as he was discussing it.  It was no secret how passionate he is about the charity, and you could tell that it genuinely brought him joy to make a difference in people’s lives!  Since I’d been out of the military, I had never met anyone as dedicated as Jim towards charity and good will.  As we talked, I couldn’t help but think to myself, “Wow, this is really something I can get behind!”  That lunch, that ninety minute lunch with Jim, brought to focus what I needed in my own life.  When I left the Army, I left with the impression that my life of service was fulfilled.  Let me tell you though, I couldn’t have been more wrong.  Jim, unknowingly, brought to me the epiphany that service can never be complete, no matter what.  He lit the flame to the torch that I needed to guide myself down a path for not only creating a better life for myself, but to transfer my service from the military to my community.  At the end of our lunch, he gave us his cell phone number and told us to call him if we needed anything, and I took that to heart.

The next two years, Jim and I maintained contact with one another.  He’d call just to see what I was up to, and I’d send texts.  It was great to stay in touch with such a motivating and genuine person, especially as I was undergoing even more life change transferring to a four year university and becoming even more heavily involved in community service.  Then, in 2014, the three of us were all destined to be a part of some serious baseball magic, though at the time, it was only Jim that was to have that experience.  The 2014 baseball season was an insane rollercoaster ride that carried Kansas City through an epic undefeated post season run that revitalized the city and made us all crazy for baseball, and my dad and I were right in the thick of it.  The newfound postseason glory came with a price though, as World Series ticket prices skyrocketed on the secondary market.  With the rising ticket prices, there was no way we’d be able to attend the games, and this was a difficult fact to swallow.  In 1989, the year after I was born, my dad was invited to attend the earthquake World Series involving the Oakland Athletics and the San Francisco Giants, and he made a decision that no die-hard baseball fan would ever dream of making.  He said no!  He told his friend he’d “attend a World Series when my son is old enough to go with me.”  Little did he know that as Royals fans keeping that dream alive, he’d have to wait until 2014 to do so, and ticket prices would become the second most expensive in the history of the World Series. Like the great guy he is though, Jim Reynolds stepped in to rescue the day.  Jim was elected to serve as a member of the umpire crew for the 89thAnnual World Series, and not only did he offer us the opportunity to purchase tickets to attend the Series, but the man invited us to the World Series Gala with him and his family.  A gesture of kindness of that magnitude seems incredibly abnormal, but having been able to get to know Jim over the last three years, I’ve realized that that’s just the type of guy that Jim Reynolds is.  He makes special moments happen.

A year later, he’s kept making special moments happen.  I travelled to Pittsburgh on my way to a wedding party, and Jim was umpiring the series.  Trying to complete an item on my bucket list of attending a game at all thirty stadiums, I gave him a call, and he set aside tickets for me at will-call.  I met up with a friend of mine that I’d served in the Army with, as well as his wife and son.  My friend had never been to a baseball game with his son, but that night Jim gave them the opportunity to make that memory happen.  Later on in the summer, the popularity of the Royals continued to gain momentum, and they wound up having four starters elected to the All Star Game.  Not wanting to miss that opportunity, Jim offered me the opportunity to purchase two tickets to that game so that my dad and I could go.  Well unfortunately, my dad couldn’t get the time off of work, but Kaleb, a close friend of mine filled for him, and as of now he still owes my dad a steak dinner for that.  Attending the All Star Game is an unfathomable dream for some lifelong baseball fans, especially the two of us, and this All Star Game became particularly special.  Not only was our hometown team well represented for the first time since the seventies, but we found out that the All Star Game had some unexpected surprises for us in store, making it one of the most memorable experiences of our lives. Ã¢Â€Â‹When we entered the stadium, we went to get our shirts pressed with our names and ages on the back of them, to commemorate the experience.  My jersey was turned away because it was soaked from a rainstorm that pounded Cincinnati just prior to the gates opening.  Standing there waiting for Kaleb I saw a ticket stand for the Cincinnati Reds 50/50 charity raffle.  “Hey, wanna do a 50/50?” I asked Kaleb, “Eh, yeah sure,” he said after some thought.  “Ten bucks or twenty?” He mulled it over, as he’d taken three days of unpaid vacation to even be there in the first place, and said “Let’s just do ten.”  So he gave me five dollars, and I went and purchased the ticket, put it in my wallet, and forgot about it.  We made our way down to batting practice hoping to snag a baseball, and wouldn’t you know it, Minnesota Twins reliever Glen Perkins pointed out Kaleb and threw him a ball!  At 33 years old, Kaleb had never received a baseball from a Major League Baseball game, and he about jumped out of his pants in excitement.  He even posted a picture of it on Facebook with the caption “I’m a little kid in a candy shop today!”  Yeah, we both knew by that point it was already the best day ever, but it kept getting better.  When Hank Aaron, Sandy Koufax, Willie Mays, and Johnny Bench stepped on the field together, I felt like a little kid again.  I couldn’t believe my eyes, as these were the legends I’d grown up reading about and idolizing, and seeing them stand there together sent chills down my spine and filled my eyes with wet memories.  For any baseball fan, that moment at the All Star Game seeing the All Stars of our childhood, was a dream that could tide you over for a decade.

The All Star Game wasn’t done with us yet though.  Around the fourth inning while we made a beer run, Kaleb looked at me with this ridiculous grin and said, “Man the only thing that would make this day better is if we won the 50/50 raffle.”  I looked at him and laughed, and he kept grinning, both of us knowing the improbability of that actually happening.  In Kansas City, they announce the numbers in the seventh inning, so when that inning rolled around, he smacked me and yelled “Dude get out the ticket!  We gotta check!” I pulled it out and gave it to him, and went back to a conversation I was having.  They didn’t announce the numbers, so he tried to give me back the ticket.  I looked at him and said “Dude, with the day you’ve been having, just hold onto it and rub some luck on it or something.”  Eighth inning rolled around, and I continued the conversation I was having with some folks in front of us.  All of a sudden I feel this smack on my back, “We won, oh my God dude, we won.”  I looked at him and told him to shut up, and went right back to my conversation.  He smacked me again, “No, we actually won!”  I looked at the numbers, and I couldn’t believe my eyes.  We split $53,000 that night.

None of this would’ve happened if it wasn’t for UMPS CARE, and the continued kindness and generosity of Jim Reynolds.  He’s given me the opportunity to have experiences I’d never thought I’d live to see, and at the same time, experiences that seemed impossible.  When I see Jim in his position knowing full well that philanthropic service doesn’t need to be a priority to him, I’m in utter disbelief.  But he does it anyway, because he can.  Since meeting Jim Reynolds, I’ve been attempting to continue a life of service through volunteer projects at my university, including going on a weeklong mission trip to Guatemala last Spring Break.  I’ve also flourished in college, maintaining a high grade point average and even winning a research award.  When I look back the service projects, the successes, and that ninety minute lunch Jim shared with my dad and I, I often wonder if my life would be the same without that fateful meeting, and honestly I don’t think it would be.  Jim Reynolds changed my life.