Get to Know an Ump: Chris Guccione 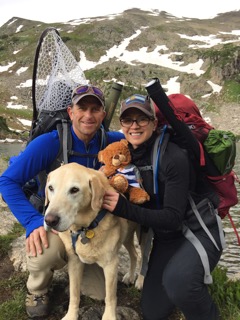 Not many guys, when asked what they’d be doing if they weren’t an MLB umpire, would say, “I would

want to be a winemaker with my own vineyard and/or own a Neapolitan wood-fired pizza restaurant with my wife.” But that’s just how Chris Guccione answered the question.

A 20-year veteran, Guccione has been a full-time MLB ump since the 2009 season but spent the majority of his time from 2000-2009 working in the big leagues while still “officially” a minor-league umpire. “It was stressful not knowing your future completely,” he explained. “It was year to year and nothing was ever guaranteed. You never had a schedule, you hardly got home for seven months and when you did make plans for family to visit you always ran the risk of your schedule changing. All that said, I'm very blessed and thank God daily to have a loving and supporting wife who was on the journey with me.”

That journey started in Salida, Colorado, where Guccione grew up playing baseball from the age of five. He states that his high school didn’t have a baseball team, so his “playing career” ended at age 15 with the summer Babe Ruth League. That didn’t end his involvement with the game, though. He started umpiring games for his younger brothers when he was 12; “I would make five dollars a game and it was enough to go buy some fishing gear,” he reported.
After high school he went to college for a semester but ended up back in Salida, traveling the state with a close friend umpiring anything from Little League to junior varsity baseball. His friend’s dad told them about umpire school, so off they went: 52 hours on a Greyhound bus from Salida to Kissimmee, Florida. At the end of umpire school was professional baseball.

Guccione recalled his first game in Major League Baseball as a tilt between the Atlanta Braves and the Los Angeles Dodgers. “I remember three things specifically,” he reminisced. “One was there was a hard hit line drive that hit the line on the outfield wall that I called fair. Got the call right. Second was Tim Tschida working the plate and ejecting Gary Sheffield. The third Tom Glavine threw a 1-0 shutout. Other than that I was in awe!”

Guccione hit the ground running, too, earning playoff gigs every year from 2010 through this past season. He’s also been noted as one of the top umpires in terms of replay confirmations, but downplays the honor. “I never really pay attention to things like that,” he said. “I go out there every day give 100% and do the best I can for that day.” He doesn’t downplay the difficulty of the job, though. “For me one of the most challenging things on the field is trying to compete with a super-slow-motion camera. I take a lot of pride in what I do and I walk onto the field every day not wanting to miss the play.” That’s echoed in his words of wisdom for young umps: “The advice I always give younger umpires is control the things you can control. Meaning study the rules, go out every night and give 100%, listen to your supervisors and always work as a team with your partner or partners.”

As for off-the-field challenges, he brings up a common refrain: travel and time away from family. That may get tougher this year as Guccione and his wife, Amy, welcomed their first child into their family, a daughter Gemma. “Behind accepting Jesus as my savior and marrying my high school sweetheart, seeing my daughter Gemma take her first breath in this world was one of the most amazing things in my life,” he reported. “Gemma is beautiful!”

Guccione has been involved with UMPS CARE Charities for a long time, but recently took on an expanded role. “I was always involved,” he reports, “but got heavily involved a few years ago when Jim Reynolds asked me if I would like to be part of the board.”

And while he has taken part in many UMPS CARE events, perhaps one of the most special for him was the Hike for Bears he and Amy started in 2015. “Amy and I decided to incorporate something that we love to do and do it for a cause,” he reports. “So for the last couple years we been trying to think of ideas to do both and that's how we came up with Hike for Bears,” a fundraising event where hikers requested pledges per mile hiked. The Gucciones’ hike was extra special: “Amy was pregnant with our daughter and we were still able to hike over 25 miles from July through September. It was awesome.”

While much of his free time this offseason is being spent with his new family, Guccione stated that usually, “Free time includes anything outdoors. Hiking, snowshoeing, hunting and fly-fishing. I also like to make wine in the offseason.” He’s also working toward an associate’s degree in biblical studies, with an eye toward perhaps being ordained one day. As for packing up for the 2016 season with Amy and Gemma at home, he said, “I do anticipate it being different but we will adjust! It’s always hard to leave the family in any situation.”