Taking a Break from All Your Worries 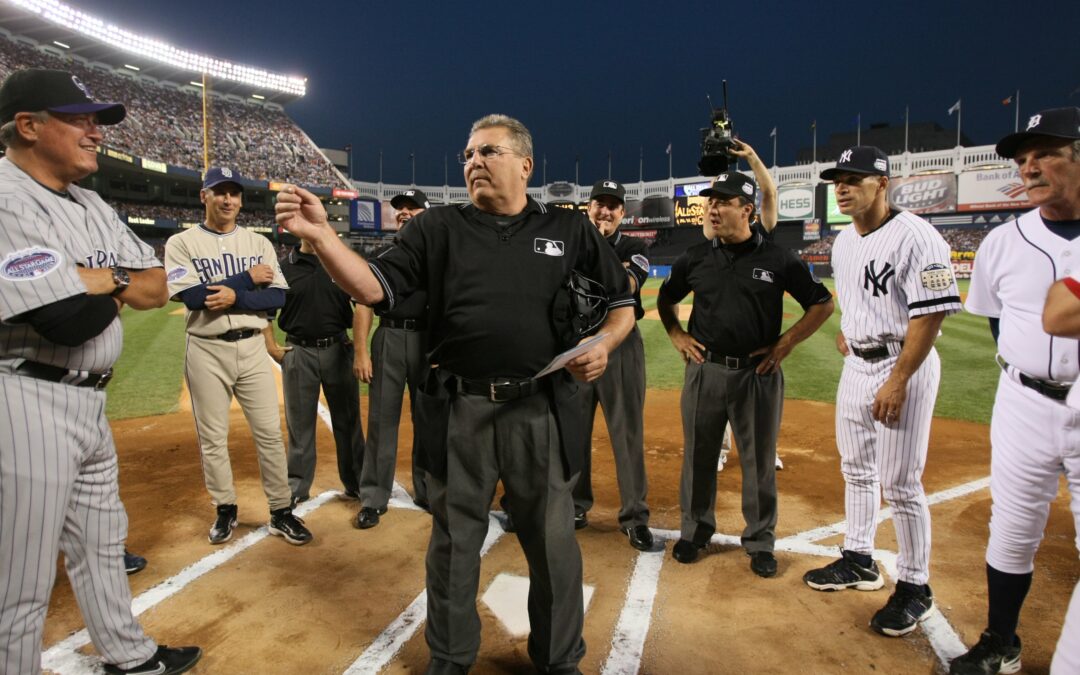 As the song goes, it sure would help a lot! The offseason helps MLB umpires unwind from a long season of travel—remember, while players spend half the season at home, umpires have “road games” pretty much all season long—and gets them ready for spring. So what do they do in the offseason? We surveyed a handful of umpires about other interests, hobbies, and even predictions for the Super Bowl.

You might imagine that every ump who responded picked “Family” as one of the things they enjoy about the offseason. Hunting, fishing, and golf ranked high, as did traveling. Respondents talked about trips to the Bahamas, Italy, the Florida Keys, and even Boot Hill in Dodge City, Kansas.

While not all the umpires reported watching other sports, those that do tend to lean toward football, both pro and college (one waxed poetic about a game and tailgate in The Grove at Ole Miss, the University of Mississippi). So who did these umpires foresee winning Super Bowl 50, then? There was far from a consensus, but the Carolina Panthers, Arizona Cardinals, New England Patriots, and Pittsburgh Steelers all picked up votes. One ump even spoke out for his brothers in arms, the NFL referees: “I really just want to see a good game and of course see the 3rd team on the field do well.”