Baseball: The League of our World 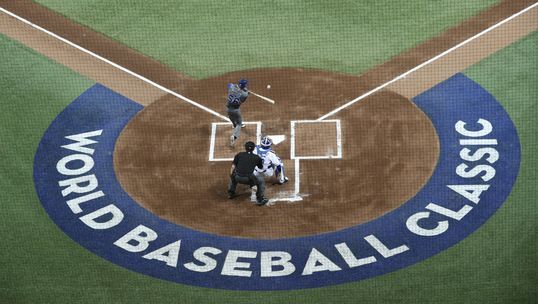 While some write off the World Baseball Classic as a practice, don’t tell that to the umpires.  It is as real as it gets.  Dan Iassogna went through a lengthy vetting process to be honored with the opportunity to umpire the World Baseball Classic, and the honor is reserved only for those who want to be there.  “The WBC is a volunteer only event for MLB umpires. . . You submit your name and wait and see if you’re assigned,” he reported.  He detailed the selection process as arduous, “We’re scouted intensively by MLB supervisor Larry Young,” and if you’re good enough, you represent Major League Baseball on the international stage.

The 2017 World Baseball Classic was actually his second trip to the international stage. Like the seasoned umpire that he is, he approached the World Baseball Classic with professionalism and esteem, but the excitement wasn’t lost on him. He expressed the intensity of the series, “When you’re working the World Baseball Classic, there is no easing into Spring Training.  You’ve worked one or two plate jobs while you’re working with guys that have been playing winter ball since November. You’ve got to dust of the cobwebs quick!” Iassogna, affectionately known to his colleagues and brethren as “Danny,” has never shied from the big stage.  So, it’s no surprise that he threw his name into the pool. He’s umpired an All-Star Game, two Wild Card games, five divisional series, four championship series, and the 2012 World Series. Now, he can add 2017 World Baseball Classic to his impressive resume.
This World Baseball Classic was a special one for Danny. He explained that one of the greatest aspects of this event, “is meeting and working with international umpires.  We worked with umpires from Mexico, Panama, and Puerto Rico. . . Even with the language barrier, we were able to talk ‘umpiring’ in the locker room.” Danny is no stranger to bridging cultural boundaries, and he finds joy in connecting with people.  An avid highland bagpipe player and a lover of Neapolitan pizza, he’s a living example of the melting pot of baseball. Combine that with his desire to connect with people, it makes sense that he said that, “the best part of our round happened after one of our games. The entire crew and our families spent a great evening together in Miami. The food was delicious, and we really got to know and enjoy our crew.” The passion that Danny exhibits for connecting with people is a driving force behind

UMPS CARE and its mission to enrich the lives of others.
In a brief series, the large and looming world became a three-acre stadium for Danny, his colleagues, and the twenty-nine nationalities that met on the diamond.  For a few short weeks, umpires and players from Israel and Pakistan, China and the United States, Puerto Rico and Japan, all set aside their cultural differences to speak one language: the language of baseball.