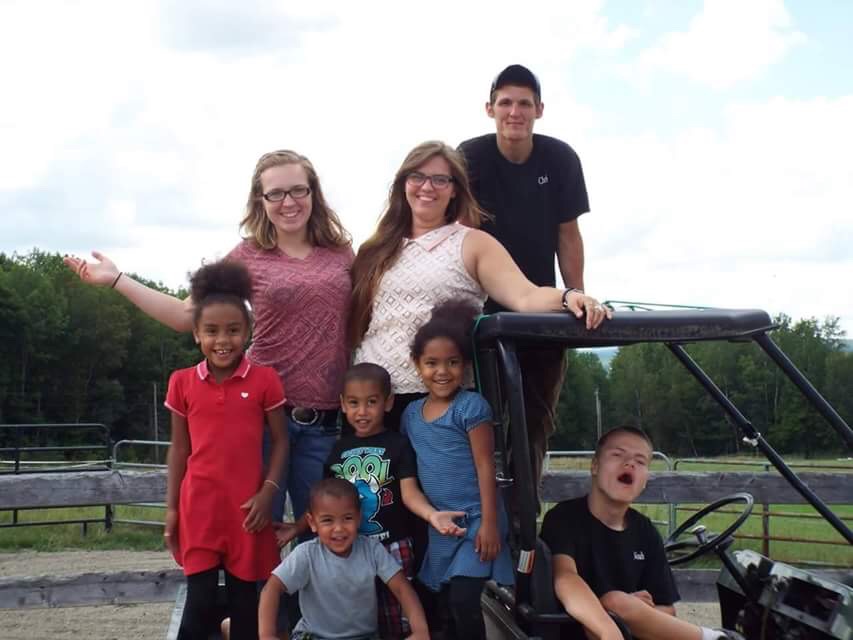 Logan Decker is the UMPS CARE 2013 All-Star Scholarship Recipient. She has overcome some great hurdles in her life and is working on getting her nursing degree at Maranatha Baptist College, thanks in part to the UMPS CARE scholarship.  In an effort to let our supporters get to know our scholarship recipients better, we asked Logan to share a little more about herself.  She chose to talk about her adoptive parents and family who have brought great joy to her life.

I was placed in foster care at 16. My biggest fear was being separated from my two younger brothers. The state had called our foster parents three times before they said yes to two teens: my brother Chris and I. They hesitated because they typically only took in young children and they were given the description of a troubled teen girl and a boy with ADHD.

My other brother, Noah, was placed in a home with a different family. His placement fell through when that family’s foster license expired, with the mother’s age being a deciding factor in not renewing it. Within a year's time, Noah had joined our family and all of my siblings were under the same roof again.

It was a difficult transition, going from no structure to a family that gave a foundation and stability. My foster parents did not give up on us and they stood their ground. They gave us boundaries that demonstrated their love. I am happy to say that my foster parents became my and my brothers' adopted parents!

My dad, Ken, is a farmer, mechanic, and all around handy man. My mom, Rockie, is a farmer's wife. She spends the majority of her âÂ€Â‹time caring for her nine children. Denica (biological daughter) is 24 and married with three kids; Destiney (biological daughter) is 18 and a freshman at Bob Jones University; I’m one of the seven that was adopted and am a iunior at Maranatha Baptist University; Chris is 19 and finishing high school; Noah is 17 and thriving despite his disabilities (born with no pulmonary valve and a hole in his heart, epilepsy, MR, and cerebral palsy); and finally are Autumn, seven; Amani, six; and last but not least the twin boys, Romeo and Romiro, three. These last four are biological siblings who were all adopted into the family a couple of summers ago!

I am thankful for all the people who make up my family—God has tremendously blessed us! We are kept busy by all that having a family entails and we wouldn't have it any other way.