Get to Know an Ump – Tim Timmons 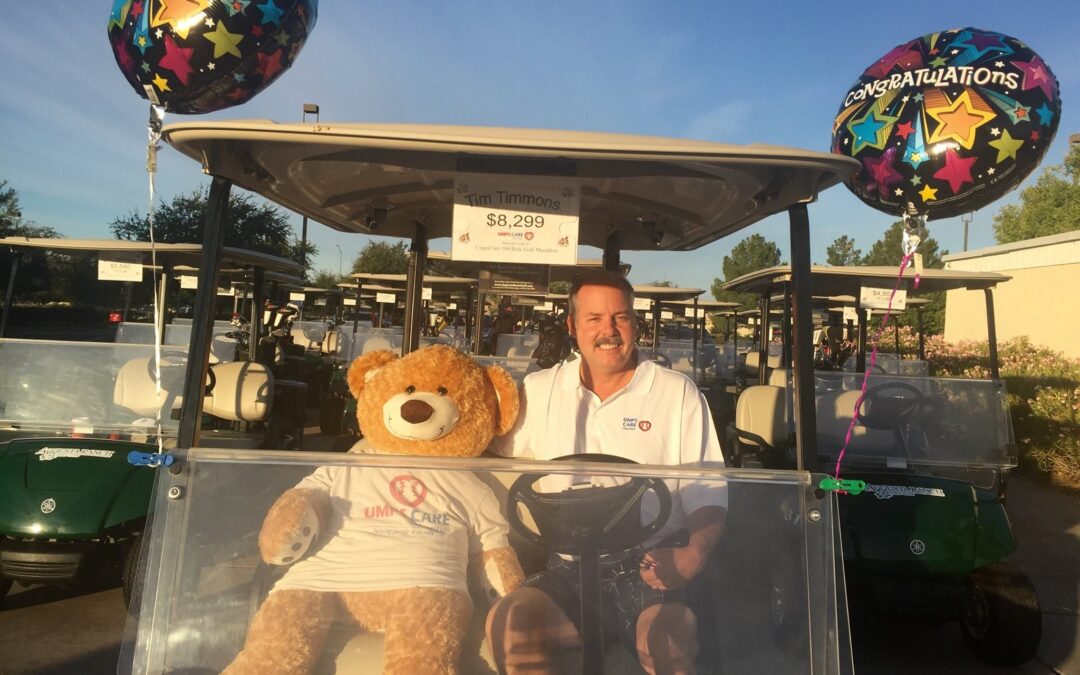 When it comes down to it, you might say that MLB Umpire Tim Timmons owes his career to a dislike of commuting.

The near-20-year veteran, who recently umpired in his first World Series, has officiating in his blood, though. “My dad is in the Ohio High School Hall of Fame for officiating—he started with high school baseball, then also did D-I and D-III baseball,” Timmons explained. “I’d go along with him, and it was interesting to look at baseball from that perspective. I’d be in the press box, drinking sodas and eating candy while he was umpiring. So I grew up in the officiating group.”

He must have soaked up quite a bit during those trips because after his own baseball career petered out after a year and a half of college ball at the D-III level, Timmons transferred to The Ohio State University and starting umpiring high school ball to make some extra cash. His only complaint: The scheduler kept sending him out to London, Ohio, nearly an hour away.

“I went to my dad and asked what was up with the assignments, why I was being sent to London all the time,” remembered Timmons. “My dad is old school, though, always have to earn everything. He told me, ‘Clinics and school—that’s how you move up and get the better assignments.’”

Timmons took that advice to heart, and found an umpire school over his winter break. The only problem was that it didn’t end until a week after classes started back up. He went to speak to the dean of his college, Dr. James R. Tootle; luckily, Tootle was a baseball fan and encouraged his interest in umpiring, telling him to just let his professors know.

At the camp, Timmons said, things immediately clicked. “There are times in your life when you have to be honest with yourself about the situation you’re in,” he explained. Knowing when to quit playing baseball was one of those times; in this situation, though, he knew almost immediately, “Holy smokes, I’m good at this.”

How good? Well, out of around 140 prospective umpires at this course, about 20 were selected to attend an evaluation course that fed Minor League Baseball. Timmons was one of the students chosen and had to call Dr. Tootle to request even more time away from school. And at the evaluation course, with students from umpire schools around the country, Timmons was one of just six umpires selected from the course for MiLB Spring Training and one of 15 total who entered the game. And so, as he returned home to Columbus to pack, he stopped by an excited and enthusiastic Dr. Tootle’s office and told him he was withdrawing from school.

“I saw him again three years later in Durham at a Bulls game,” said Timmons. “There’s a knock on the locker room door and it’s him and his wife. He tells me how excited he was to see my name in the program and just had to come say hi.”

So off goes Timmons to Mesa, Arizona, and the Cubs’ Spring Training facility. His first assignment is a Triple A game, and as luck would have it Rick Sutcliffe is rehabbing with the minor-leaguers. “My last official game,” recalled Timmons, “was the London High School freshman team. And now here I am behind the plate for Rick Sutcliffe. After about his third curveball, I’m back there giggling at how amazing everything is and the hitter is just looking back at me like I’m crazy.”

Fast forward 10 years—through stints in the New York–Penn League, South Atlantic League, Carolina League, Southern League, and International League—and Timmons is getting the call to the majors. He still remembers walking out onto the field for his first game in MLB (though as a callup while still in the minors).

“I remember that when I walked to home plate, I looked down and the batter’s box and home plate were absolutely perfect,” he recalled. “The lines, the edging, the separation between the white part and the black park of the plate—there wasn’t even anything in that little gap. It was all perfect.” This year, Timmons was selected to work in the World Series for the first time in his career. He got the call from Joe Torre while Ã¢ÂÂ€ÂÂ‹working on engines in his garage. He

said Torre opened with “How are you today,” and his quick response was “I think you’re about to tell me how I’m doing.” Torre laughed and said “Oh, I think you’re doing real good.”

Next thing he knows, he’s in Boston for Game One. “After a few pitches you settle in and realize it’s just a ballgame,” he said. “But at the same time, it’s surreal. I worked my entire adult life to get there, put on a mask, and call balls and strikes at the World Series. You work for it, and it’s for you and your wife and your family and your friends and everyone who’s helped you through your career.”

Timmons ended up working replay when the series move to Los Angeles, but was still able to make a great memory while at the replay facility in New York City. One of his sons came by during the 18-inning-long Game Three and hung out in the lounge, where Timmons could come visit with him between innings. “We’re in the break before the 13th inning eating a pastry and drinking coffee, and later on we get a pizza delivered,” he said. “My son looks at me and says, ‘This isn’t so bad, is it?’ I felt bad for the guys out there working the game in LA, but it was an experience with my son I’ll always remember.”

One of his strongest memories from his entire career, he said, is from his first year as a full-time MLB umpire. That was the year of the 9/11 attacks, and he was working in Seattle when the league started playing again. “We had no idea what to expect—if people would even come,” he said. “We go walking out and … it’s standing room only. I’ve never seen that ballpark that full to this day. You could tell it was different, clearly a different atmosphere. I had goosebumps. We had a long moment of silence, played the anthem, and the color guard started to march off from centerfield. Dead silence the entire way until the flag is off the field. As they’re finally stepping off the field, some guy from the bleachers screams “God bless America” and the place went up for grabs. These people needed that distraction.”

It was this experience, he said, that taught him an important lesson about how sports can provide fans a distraction in their life. And helps him let it roll off his back when he hears shouts from the crowd directed at the umpires. “You realize people aren’t mad at Tim Timmons,” he said, “they’re mad at the uniform and the umpire making the call against your team. You recognize that baseball serves a purpose. People have other stuff going on in their lives, and if it helps them to get through things by yelling at the umps, all the best to them.”

Timmons points to that distraction when he talks about his work with UMPS CARE Charities, too. As mentioned earlier, Timmons was selected to work his first World Series this year. But what he remembers most about the experience is the trip to Boston Children’s Hospital the morning after Game One of the Series.

“The next day we go to the Boston Children’s Hospital, and THAT is reality,” he insisted. “You see moms and dads with their kids—you’re transported back to reality. Parents who would give everything they had to walk out the door with a healthy kid, and they all just want to talk about the game. You realize very quickly it’s transportive for them. They’re not in an oncology unit anymore—they’re with you on the field as you tell them about when Nunez hits the home run to seal things.”

He continued, “It was such a huge thing and you realize how fortunate you are, and you need to do everything you can while you’re in this position. MLB gives us one heck of a platform to do some good.”

Timmons definitely takes advantage of that. He’s on the Board of Directors of UMPS CARE Charities, and happily noted, “I’m probably the top fundraiser, too. That’s something I’m very proud of. Once you get out of yourself and into another cause such as this, you become more and more invested in it. The more time you give to it, spending time for something other than yourself, the more you get back.”

And he gets back plenty, he said. “I think when you give to others, those people are the ones who seem to me to be the happiest. I’ll call donors, thank them, and tell them that I get to enjoy the fruits of their gifts—I get to see the direct impact of how much of a difference we’re able to make” by going to the hospital visits or hosting kids at the ballpark and seeing the smiles they bring.

Timmons is involved in other charities as well, continuing to participate in Meals on Wheels and the Lifecare Alliance. He lives in Florida with his wife, Leslie, but still has a home in Columbus, Ohio, where he maintains a strong giving presence. It’s an attitude that he hopes rubs off on his three sons—Jack, Connor, and Reilly—too. Family has always been important to him as well. He spoke with pride about his youngest son getting accepted to Xavier and earning a scholarship. He made sure to mention his mother-in-law, Nancy Brownell, for all the support she’s provided throughout his career.

Once his youngest heads off to college next year, Timmons said, he and his wife plan on doing some offseason travelling on their own. “My wife has been working the plate every day for the last 22 years with those kids,” he said, “and she’s been absolutely amazing.”

Timmons still has plenty of time left behind the plate himself, though he marvels at how long he’s already been in the big leagues as well as how short that seems when compared to people like Joe West. But one thing is for sure: As long as he’s in Major League Baseball, he’ll be a part of UMPS CARE Charities. “I hope my legacy in the game is UMPS CARE,” he concluded.