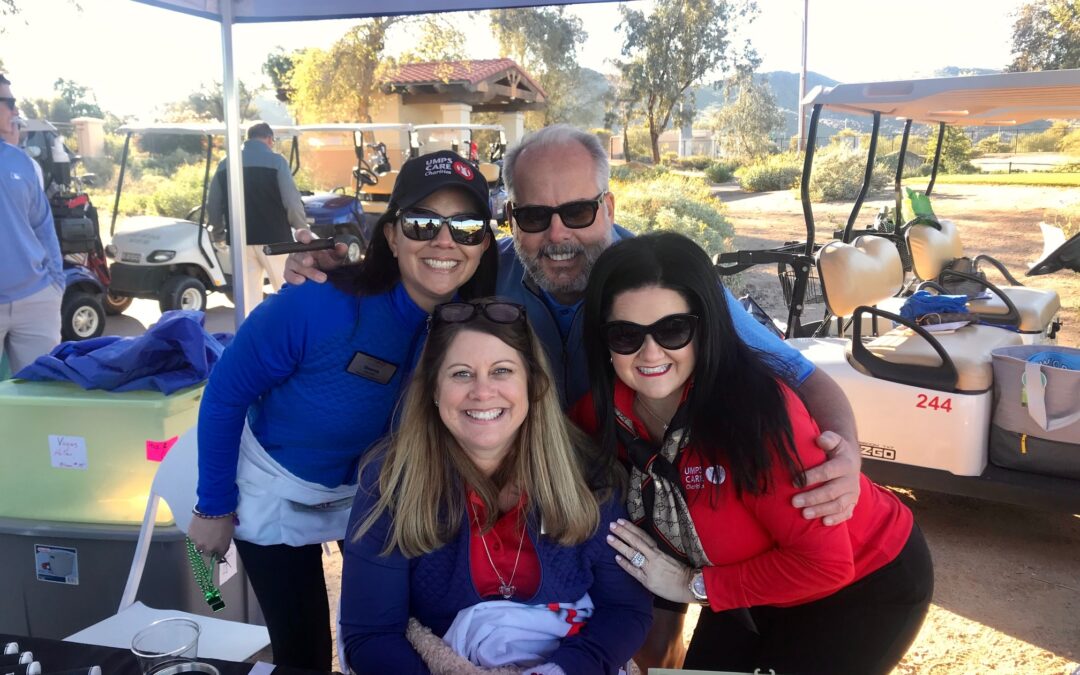 The UMPS CARE Charities 14th Annual Golf Classic was a hole in one! The event was a huge success on and off the links at the beautiful Legacy Golf Club with South Mountain in the backdrop and good times on the greens.

When the event first teed off more than a decade ago, there were about 20 golfers participating. This year, UMPS CARE Charities had a sold-out tournament with 180 golfers and a wait list!

The Golf Classic raised close to $125,000 with proceeds going toward supporting our programs for at-risk youth, critically ill children and military families around the country and in Canada. UMPS CARE Charities provides once-in-a-lifetime opportunities for children and families to experience behind-the-scenes baseball magic at Major League Baseball ballparks, in addition to making hospital visits and providing college scholarships for children adopted later in life. UMPS CARE also takes care of our own, with our Family Care program to support umpires and their families who have fallen on hard times.

Check out great photos from the day here!

There were several emotional moments and memories at the banquet as UMPS CARE secretary and MLB umpire Jim Reynolds called upon all of the MLB umpires to join him on stage to honor Cathy Davis with the UMPS CARE All-Heart Award. Cathy joined Major League Baseball in 2000 after spending 22 years in the National League. She began working with the umpires in 1987 – assisting on everything from logistics to travel – and retired last year.

Cathy, who had no idea she was going to receive this award, was brought to tears by seeing all of the umpires gather together in her honor.  In the formative years of the charity, Cathy played an instrumental role by providing invaluable guidance to the organization and helping implement the BLUE Crew Ticket program. She recently joined the UMPS CARE Charities Partners Program, and we are so fortunate to have her continued input and insight and most of all, her support.

We also spotlighted a family who got to enjoy a day at the Arizona Diamondbacks ballpark courtesy of UMPS CARE Charities. Just 5, Raven has been battling leukemia for about two years, undergoing chemotherapy and enduring many hospital stays. Through UMPS CARE, Raven and her family had the amazing opportunity to go out on the field before a Diamondbacks game, meet umpires and watch the game from great seats! Raven and her family were reunited with umpires Adrian Johnson and Tripp Gibson at the Golf Classic, and Raven’s mom, Tabatha, shared her family’s emotional journey. Raven will continue to undergo treatment through September, and we were glad she was healthy enough to join us.

One longtime donor, Rick Wolf, was so moved by Raven’s story that he decided to give Raven and her family the live auction item he won at the banquet – an experience at a suite at a Diamondbacks game this season for 18 people! What a generous gesture, Rick – Raven and her family are going to have an incredible baseball memory because of you!

Special thanks to our many Golf Classic sponsors for making this event such a huge success – we cannot make this event happen without your support! Huge shout out to the Grand Slam sponsors: Major League Baseball Office of the Commissioner and Camp Bow Wow, Home Run Sponsor: The Williams Family and Triple-Play Sponsors: Platinum Cargo Logistics, Foley’s, World Umpires Association, Ump-Attire and NBA referee Billy Kennedy.

Thanks also go to our many volunteers who were up and ready to go at the crack of dawn, Matt and his staff at the Legacy Golf Club, UMPS CARE Charities board members and everyone who joined us for this amazing event.