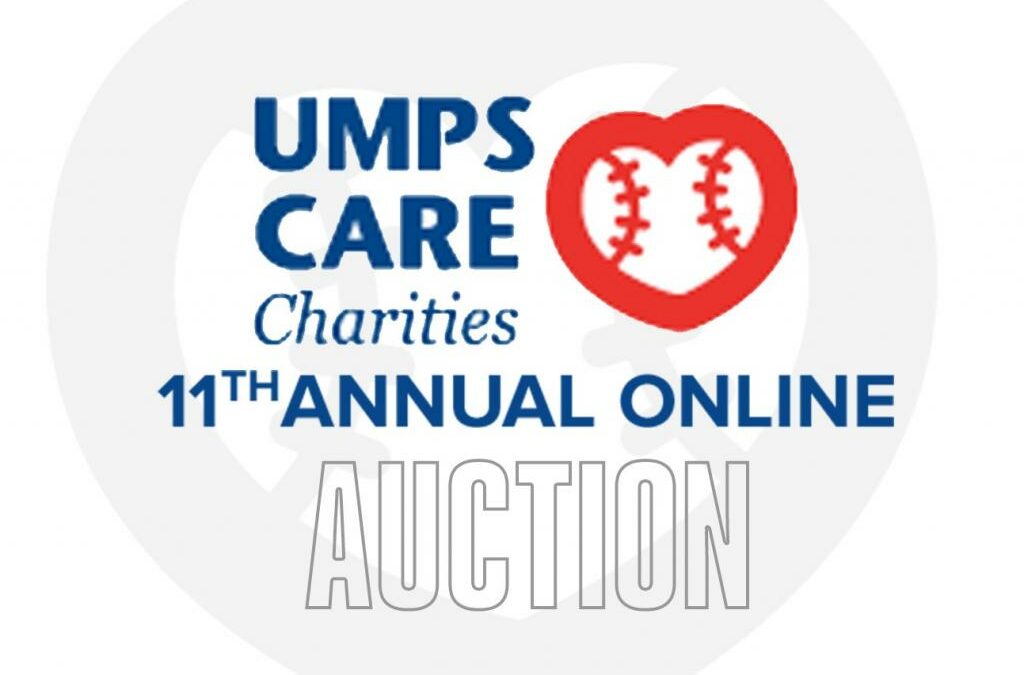 “The online auction is one of the biggest fundraising initiatives for UMPS CARE Charities and has grown tremendously since our first auction in 2009,” said Gary Darling, who served as an MLB umpire for nearly three decades and now serves as Board President for UMPS CARE Charities.  “The auction has something for everyone, from autographed memorabilia to once-in-a-lifetime experiences, so we encourage fans to tell all of their friends and family to check out the available items on MLB.com and bid generously to help support a great cause.”

All proceeds from the online auction support UMPS CARE Charities youth programs which connect children and families in the communities in which the umpires work all season through the game they love. UMPS CARE provides once-in-a-lifetime Major League Baseball experiences for critically ill kids, at-risk youth and military families, Build-A-Bear Workshop® experiences for children battling serious illnesses at more than 15 pediatric hospitals in the United States and Canada, college scholarships for deserving young adults who were adopted as children, and financial assistance for families in the baseball community in need.

The auction is currently underway and closes at 10 p.m. EDT on Monday, April 29.