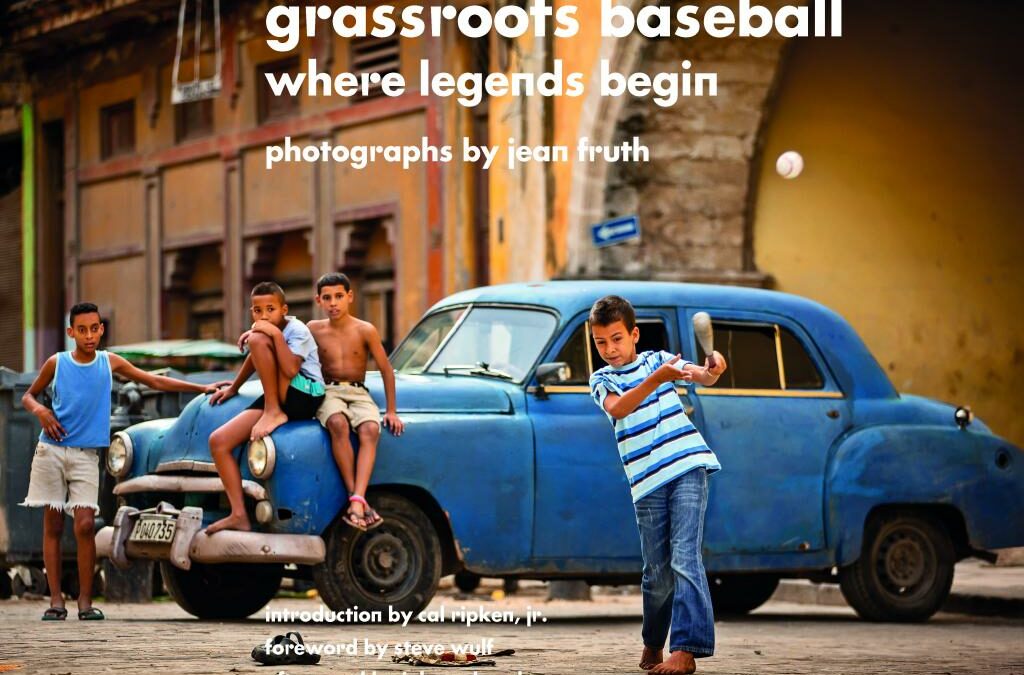 Limited copies of Grassroots Baseball: Where Legends Begin, complete with amazing images by photographer Jean Fruth and autographed by Hall of Fame Baseball players, are available through January 4, 2020! Proceeds from the sale of these books will support UMPS CARE Charities!

In Grassroots Baseball: Where Legends Begin, Fruth features more than 250 of the best images from all levels of the amateur game in the U.S., as well as several hotbeds of baseball around the world. Each chapter opens with a portrait of a baseball legend and a first-person essay recounting his early memories of playing the game. Some of the stars highlighted in this full-color book include Whitey Ford, Vladimir Guerrero, Hank Aaron, Randy Johnson, Nolan Ryan, and Ichiro Suzuki.

Hall of Famer-autographed books are available at grassrootsbaseballbook.com and sales proceeds from books purchased through January 4 will benefit UMPS CARE.

Each chapter documents the game from sandlots to big time ballparks, and at every level of organized baseball, giving readers a window into how these legends’ careers began. With an introduction by Cal Ripken, Jr., a foreword by Steve Wulf, and an afterword by Johnny Bench.

"Photography and baseball are both arts. Jean beautifully captures the youthfulness and charisma of the game of baseball," said Hall of Famer Ken Griffey, Jr., about the book.

Book buyers can pick whichever legend they would like. The cost for a book signed by the author and one of the legends is $80, and proceeds from the sales will be donated by Grassroots Baseball to UMPS CARE Charities.

Foley's NY, a longtime supporter of UMPS CARE, invited Fruth, Idelson and MLB umpire Chris Conroy for a special book signing event earlier this month to raise funds for our programs! Thanks Shaun and your amazing staff at Foley's for all of your support, and thanks also to Jean and Jeff!