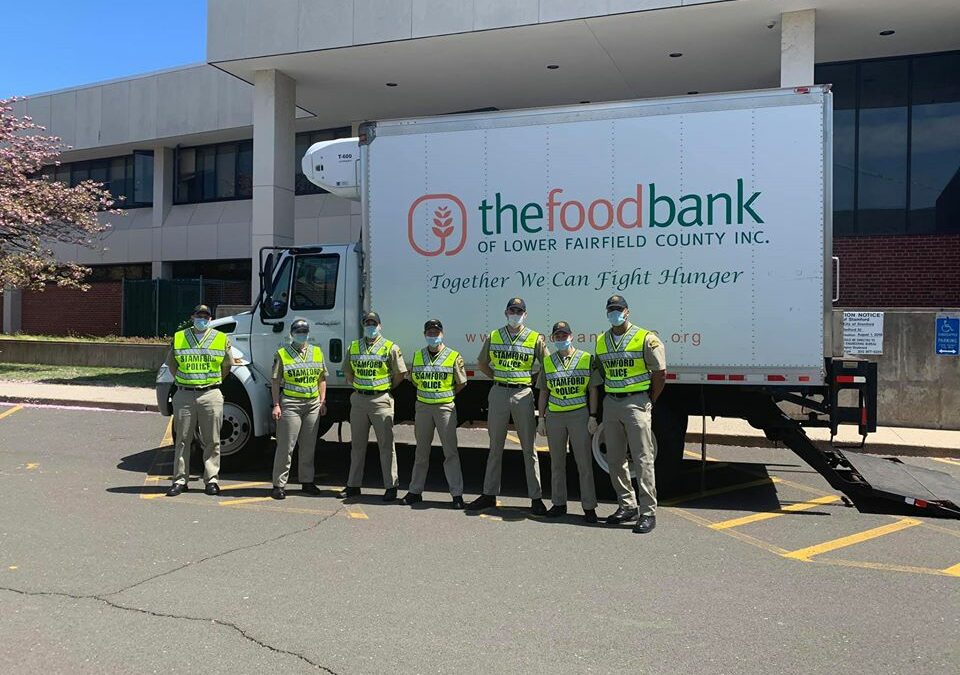 Kris Engstrand is used to wearing a uniform, having served 23 years in the Stamford, Connecticut, police department, the last four years as union president.

But the last few years, he has sported another uniform – that of a baseball uniform. And he has discovered that it fits him quite well.

Always a baseball fan, Kris decided to test his skills behind the plate, calling a handful of Little League and Babe Ruth games in 2015. Then in 2016, he decided to head south to Vero Beach, Florida, and test his skills at the Minor League Baseball Training Academy.

Five weeks later, however, he was transformed into a trained umpire. Now he is calling games at the NCAA level – virtually everything from the Ivy League to the Big East. In a usual season, he will be umpiring games about five to six days a week.

Of course, these are not normal times, and in the wake of the coronavirus pandemic, baseball has been put on hold.

But there were other lessons Kris learned off the field at umpiring school that have paid off during these difficult times. While he was in Florida, he had opportunities to meet several minor-league umpires and they encouraged him to learn more about UMPS CARE Charities and the role umpires have in giving back to the community.  Among the MLB umpires who influenced Kris are Jeff Nelson, Ted Barrett and newly hired MLB umpire, Chris Segal. 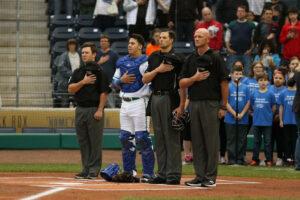 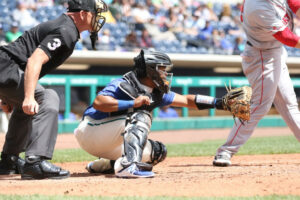 The links between serving the community as a police officer and being an umpire are many and giving back proved to be just one of them.

In April, the police department delivered 150 breakfast meals to nurses and doctors at Stamford Hospital, and they also organized a vehicle parade featuring combined first responders around the hospital to show their support for the healthcare workers treating patients battling the coronavirus.

Earlier this month, Kris played a key role in coordinating a food drive with the Stamford Police Department, along with the Stamford EMS and Fire Departments. The organizations collected more than 7,000 pounds of food – 7,002 to be precise – marking the largest food donation to the Fairfield County Food Bank in 20 years. 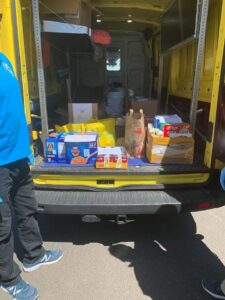 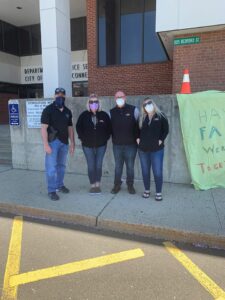 Next month, the department is organizing a blood drive in conjunction with the American Red Cross.

Stamford is located about 45 minutes from Manhattan, and Fairfield County has been the hardest-hit county in Connecticut during this pandemic. Nearly half of the state’s total number of coronavirus cases have come from Fairfield County (13,312 cases, 1,034 deaths) so the outbreak certainly has hit close to home. Kris said there were nine confirmed cases in his department, but fortunately, no casualties.

All of which is why Kris is using both roles – as a police officer and an umpire – to help others.

Said Kris: “It’s a different way to give back to the community other than answering calls for help.”

“I loved it,” Kris said of the call. “I could listen to those stories all day!”

Thank you, Kris, for all that you have done in the community and for all of your support for UMPS CARE Charities. For information about ways you can volunteer with UMPS CARE Charities, please email Jennifer Skolochenko-Platt at jenn@UmpsCare.com. 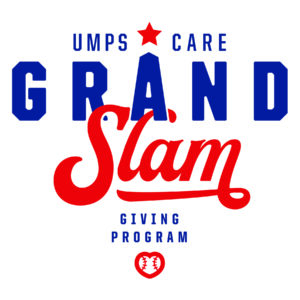