UMPS CARE Continues To Give Back During Pandemic 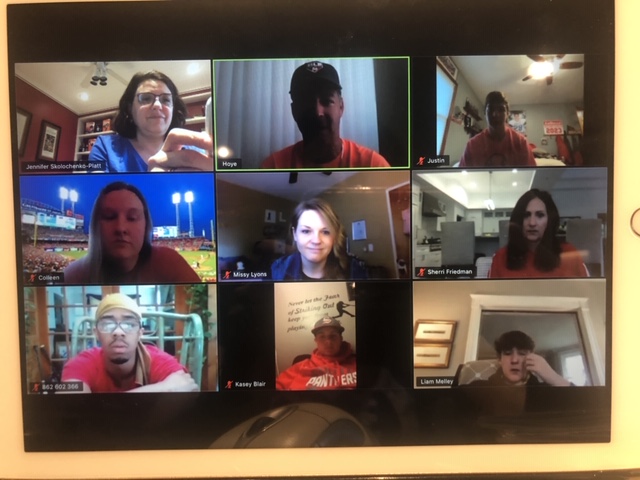 Not even a pandemic can prevent the Major League Baseball umpires from participating in our UMPS CARE programs!

We are so proud to share the work our umpires are doing in the community even though we have not started baseball this season. Usually, our umpires are inviting youth organizations to join them for pre-game visits on the MLB and Triple-A team fields, along with tickets to the game.

During these challenging times, however, UMPS CARE has made an agile pivot. We knew how much our partner agencies and kids in need still wanted to connect with our umpires and the sport of baseball in a meaningful way. We also had to be able to run our programs safely.

We have been providing groups such as Reviving Baseball in Inner Cities (RBI), the USO and other youth organizations dedicated to serving at-risk and foster kids, to participate in Zoom chats with MLB umpires. These chats have been limited to small groups of kids and their families, so everyone gets an opportunity to ask questions and participate.

To date, we have hosted 11 chats – and both the kids and the umpires think they have been a hit.

During these calls, the Major League Baseball umpires have shared stories about how they got started in umpiring, memorable moments on and off the field and their favorite stadiums to visit. Longtime MLB umpire Tim Timmons even recalled the one time when a horse came onto the field during a minor-league game in Charleston, South Carolina.

MLB umpire Paul Emmel was first at bat, and he “met” with a group from the Boston Red Sox Foundation and their RBI program. Both baseball and softball players joined the conversation, and Paul recollected working the World Series in 2013 when the Red Sox won the championship title.

The mother of one of the girls on the call wrote us later saying, “(My daughter) just had us watch the interference call from the 2013 World Series and was pointing to the umpire saying, ‘That’s my guy right there.’ Pass along our thanks for brightening up her day!”

MLB umpire John Tumpane had a chat with teenagers from the Chicago Warriors – part of the Chicago Baseball Club. John grew up on Chicago’s South Side and umpired games on many of the same fields the kids on Warriors played on. Many of the Warriors on the chat have been working as umpires for local games as well.

“It’s a long road,” John told them. “I’m not going to lie to you. I spent part of 15 years in the minor leagues. But at the age of 26, I worked my first Major League Baseball game. I made a pact that I was not going to make it easy on baseball by quitting.”

For kids who are missing out on playing baseball, having a chance to talk about the game they loved with a Major League Baseball umpire was a great way to fill the void.

After MLB umpire James Hoye spoke with kids we connected with from the Cincinnati Reds Community Fund, one parent told us, “Justin really enjoyed this meeting, I think he’s been a little down without ball and trying to finish school, but he called me right after the meeting and talked my ear off about it, lol. Thanks for a good day for him!”

Veteran MLB umpire Fieldin “Cubby” Culbreth spent time talking with teenagers from Fostering Hope of Ohio – a residential foster care program in Cleveland. Cubby and his wife, Claire, were foster parents for several years and also adopted a child at 5 months of age. Cubby’s mom was raised in an orphanage until she was 18.

He related well to the kids and offered them some lasting advice.

“One thing I’ve learned,” Cubby said, “is that life’s tough to all of us, but it’s going to go on no matter what you do. If you work hard and prepare, you will have success. There’s nothing better then when the chips are down and finding out that you can do it.”

During one call with military families from the USO of Houston, MLB umpires Mark Carlson and Laz Diaz compared life as an umpire to life in the military. Mark served in the U.S. Marine Corps and Laz is a member of the U.S. reserves.

They were asked about how they handle chants from the stands – sometimes, they are not the friendliest.

“You try to block it out,” Mark said. “You can hear it, but if you engage, it gets louder.”

Laz added, “We both went to U.S. Marine Corps boot camp where you are called everything from A to Z, so we were both ready.”

Jansen Visconti, who was hired as a full-time MLB umpire earlier this year, spoke to kids who are part of Tickets For Kids – a program that provides at-risk kids opportunities to go to places like big league ballparks. Jansen is from Latrobe, Pennsylvania, and this group was from nearby Pittsburgh.

UMPS CARE Charities is proud to be able to bring baseball into the homes of so many kids and families this season. Thank you so much for our umpires for continuing to give back and to our partner agencies for spending time with us.