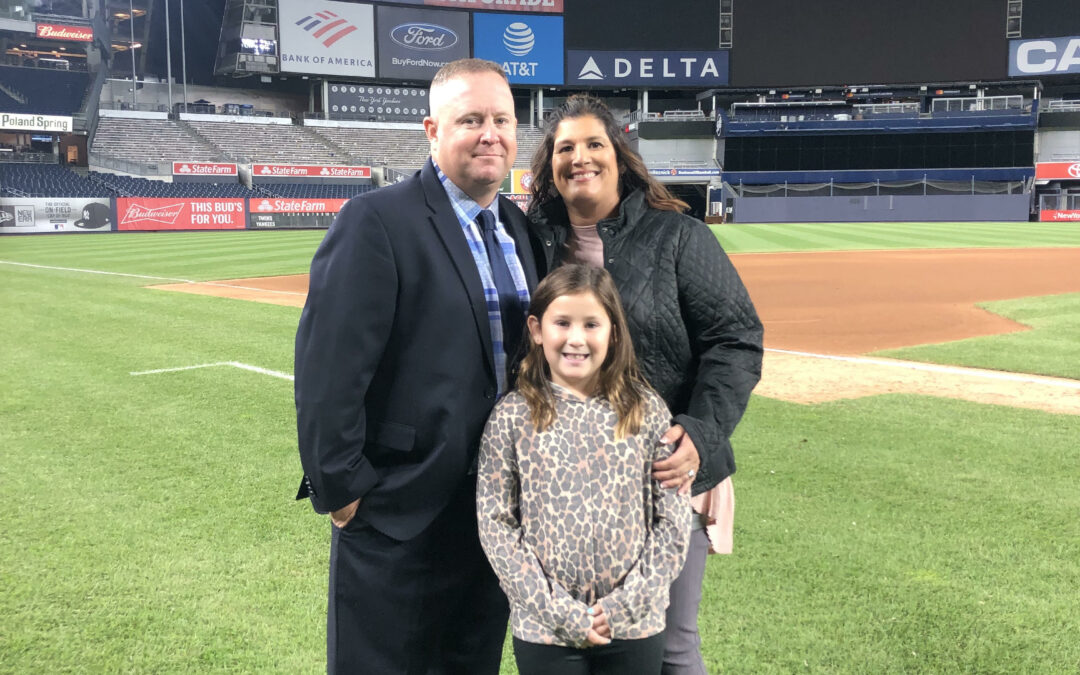 Over the years, MLB umpires Tim Timmons and Todd Tichenor have been able to participate in various UMPS CARE Charities activities.

They have visited hospitals and delivered Build-A-Bear furry friends to kids undergoing rigorous medical treatment. And they have taken time out to bring groups of at-risk kids, military families and other youth organizations onto the field at Major League ballparks for VIP visits.

Tim’s wife, Leslie, has attended a couple of hospital visits over the years, but neither she nor Todd’s wife, Kelly Tichenor (above), can be on the road often enough to support the on-field events. They wanted to support UMPS CARE Charities and found the perfect home to volunteer – as members of the All-Star College Scholarship committee. Both Leslie and Kelly are extremely dedicated to the success of the scholarship program throughout the year, and they participate in the selection process of the recipient.

“I had heard and seen what Todd had done with UMPS CARE, and it made me want to get involved, too,” Kelly said. “There are not a whole lot of games here in Holcomb, Kansas, so when I got a letter about the scholarship program, I was interested in getting involved. Being a teacher, and having been involved with scholarship programs locally, also got my attention.”

The All-Star College Scholarship Program is truly life changing for the recipients, but it is also rewarding for Kelly, Leslie and the rest of the scholarship committee, which includes MLB umpires Paul Emmel and Dave Rackley and UMPS CARE Program Director Jennifer Jopling.

Each year, the committee awards one scholarship for a child who was adopted at the age of 13 or older. The reason why this was created for these kids is that often parents of older adoptees do not have the time or resources to save for college education. The scholarship is valued at $10,000 per year – $40,000 over four years. UMPS CARE has provided more than $240,000 in scholarships since the program’s inception. 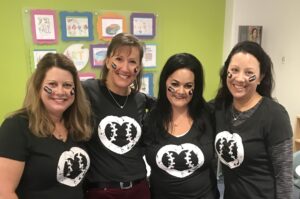 The children who apply for the scholarships often have difficult stories to share – many of them have lived in orphanages, bounced around from various foster homes and have battled drug addiction. For these kids, the scholarship is truly their only way out.

“It is so hard to read the stories from the applicants,” Leslie said. “Anyone who wants to have an education you want to help them, but each year, there are definitely certain kids who rise to the top.”

“You just wish you had 30 scholarships to give,” Kelly added.

Earlier this month, UMPS CARE named Marcus Lo the 2020 All-Star College Scholarship recipient. When Marcus was 4 years old, his mother lost her battle with cancer. His father was later diagnosed with prostate cancer, and he and lost his battle in 2017. Lo was 16 when he was adopted by his uncle. Following the deaths of his parents, Lo relied on social security survivorship benefits to get by. Even though he faced incredible setbacks and challenges, Marcus graduated high school with an above-4.0 grade-point average and scored a 1560 on his SAT exam. 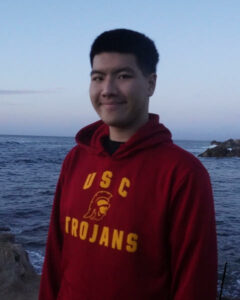 This year was especially meaningful for Kelly and Leslie as UMPS CARE decided to name the recipient of the scholarship in memory of Major League Baseball umpire Eric Cooper, who died suddenly last October. Eric’s mom, Beth, his father, Bill, stepmother, Donna, and brother, Chad, all participated in the selection process this year.

“It was so awesome to have Coop’s family involved in the process this year,” Leslie said. “I think they really appreciated it.”

“Marcus has a far more impressive resume than I do,” said Leslie with a laugh.

The All-Star College Scholarship Program is more than just writing a check for tuition and books. Each recipient is matched with mentors from the umpire community who provide care packages and other support for the students throughout their college journey to help ensure lifelong success.

Kelly and Todd Tichenor, for example, have supported Vitalik Walle, who grew up in an orphanage in Ukraine before being adopted by a family in Colorado. He is now a student at Colorado Christian University. Todd and his fellow crew members invited Vitalik to a game when their crew was working a Rockies series in Denver. Kelly was not able to travel to Colorado for that game but was able to meet Vitalik’s two sisters and parents at a different Rockies game. 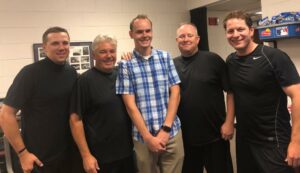 Vitalik Walle, the 2019 All-Star College Scholarship recipient, during a pre-game visit at a
Colorado Rockies game with Todd Tichenor and MLB crew members

Leslie and Tim Timmons have been mentors to a couple of All-Star College Scholarship recipients and have enjoyed the experience of connecting with the students along their college journey.

Even though Tim and Todd have worked on the same crew in the past, Leslie and Kelly have never met in person – although they have seen each other on Zoom. UMPS CARE has invited past scholarship recipients to the annual Golf Classic to share their stories with the MLB umpires and UMPS CARE supporters. Logan Decker (now Logan Decker Crum) was our guest of honor in January. (See her video here)

Although Leslie and Kelly are often too busy at home with their own children and work to attend the Golf Classic, they know how much of their effort behind the scenes helps these students.