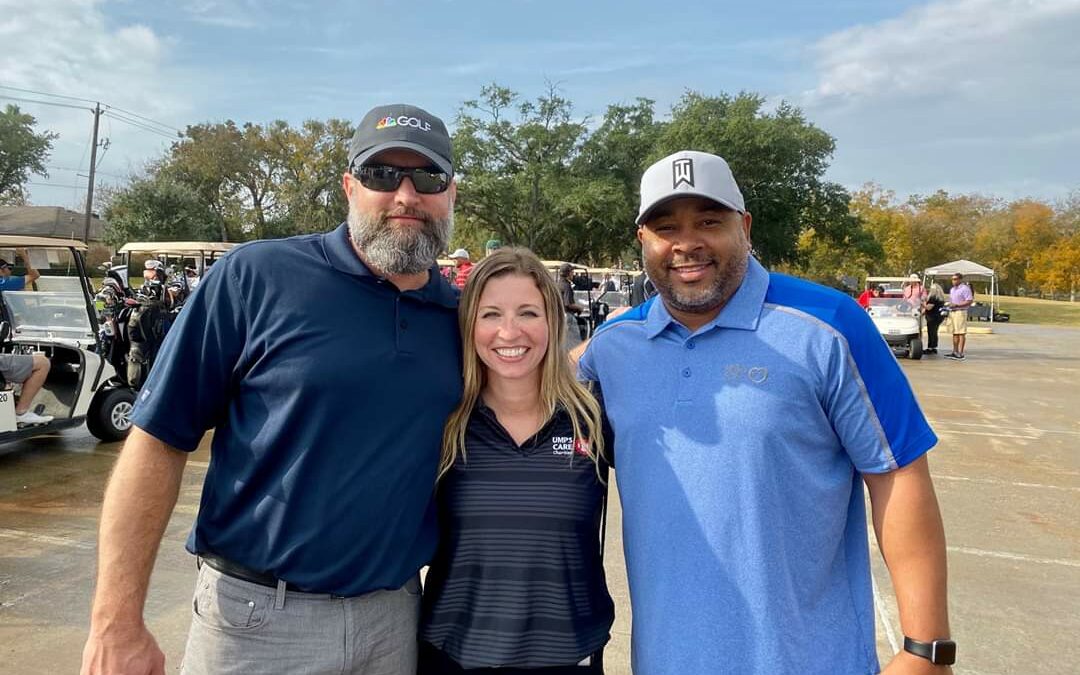 UMPS CARE Charities is humbled and honored to announced that two volunteers, Courtney and Chris Bonham, have been named “Points of Light,” a prestigious honor created by a George H.W. Bush foundation.

Founded by the former U.S. President, the mission of Points of Light is to inspire volunteerism. Each day, the foundation shines a light on volunteers who are selected for this honor. UMPS CARE volunteer Deanna Reynolds also was named a Point of Light back in January.

The Bonhams became involved with UMPS CARE Charities through their friends, Adrian Johnson and his wife, Nicola. Adrian, a Major League Baseball umpire, and Nicola host the UMPS CARE Houston Golf Tournament. The Bonhams have volunteered to help the Johnsons with that event and also partake as volunteers with our UMPS CARE visit to Children’s Memorial Hermann Hospital in Houston. In addition, Courtney held a fundraiser for UMPS CARE at a local Kendra Scott jewelry store.

What drew the Bonhams to UMPS CARE the most is the hospital program. Sadly, the Bonhams had a daughter, Riley, who underwent a great deal of hospital treatment, including time at Children’s Memorial Hermann Hospital. Riley lost her battle after a lengthy illness in 2008, but visiting children and bringing joy to others has been a gift for the Bonhams.

To learn more about the Bonhams and why we think they are so special, read this article featured on the Points of Light website. 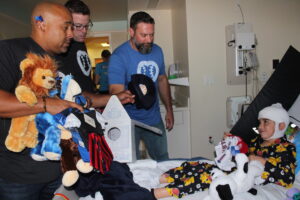 Thanks Courtney and Chris for all you do for us at UMPS CARE Charities – we are so glad to have you as part of our crew! We are proud to say that through September 2020, our UMPS CARE volunteers have already invested 1,991 hours toward supporting our endeavors! Learn how to get involved with UMPS CARE and our events and programs by emailing jenn@UmpsCare.com