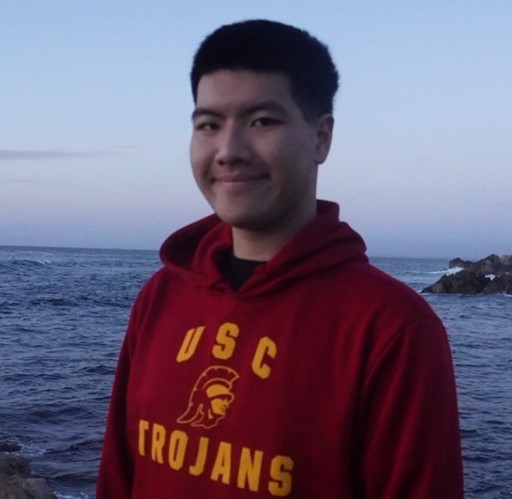 UMPS CARE Charities proud to introduce its 2020 All-Star College Scholarship to Marcus Lo, a 19-year-old who graduated from Carmel High School, who is now a freshman at the University of Southern California.

UMPS CARE Charities will provide Lo with $10,000 per year for four years in addition to ongoing mentorship from MLB umpires and their families throughout his college experience to help ensure lifelong success. UMPS CARE has provided more than $250,000 in funding toward college educations for children adopted later in life and is currently funding four students pursuing college degrees.

UMPS CARE Charities has been proud to provide college scholarships over the years to children adopted later in life but the award this year has an extra meaning as MLB umpires decided to name the honor in memory of Eric Cooper, a longtime MLB umpire who died suddenly in October 2019. The Cooper family, including his mother, Beth, father Bill, stepmother Donna, and brother, Chad, all participated in the selection process of the scholarship winner.

“All of us at UMPS CARE Charities are proud of our All-Star College Scholarship program as it truly does change the lives of young people who were adopted later in life,” UMPS CARE Charities president Gary Darling said. “We have seen firsthand how much our support has made an impact, giving hope to kids who really need it. We are excited to add Marcus Lo to our UMPS CARE Charities family and we cannot wait to see what the next four years at the University of Southern California have in store for him.” 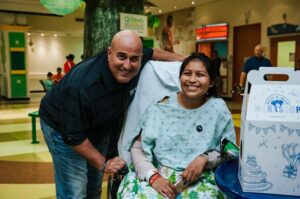 Lo was 4 years old when his mother lost her battle with cancer in 2005. His father was later diagnosed with prostate cancer, and he and lost his battle in 2017. Lo was 16 when he was adopted by his uncle.

Following the deaths of his parents, Lo relied on social security survivorship benefits to get by. Even though he faced incredible setbacks and challenges, Lo continued to give back to the community and even created his own non-profit called Krik Krak Computer Project to help children in Haiti obtain computers and tech education. He also has served as a volunteer income tax assistant for United Way.

“I was shocked and honored when I heard that I won,” Marcus said. “I really like cooking, so I made myself a victory lunch of Ramen and Boba.”

“This award means a lot,” Marcus added. I read a lot about Eric Cooper, and it made me even more honored to be the winner of this award. I truly want to be a representative of UMPS CARE, not just a recipient.”

On the flip side, the family of Eric Cooper is honored to have Marcus as the scholarship recipient.

“I feel honored that because of this scholarship my son, Eric, will be a part of helping someone achieve their goals,” said Beth Cooper, Eric’s mother. “Eric was able to achieve his dream of becoming an umpire with hard work and the support of others. I know he would be proud to pass on this legacy.”

On the field, Eric – known affectionately by his friends as “Coop” – worked as a Major League Baseball umpire since 1999. He was honored with an All-Star Game selection in 2005 and was part of the umpiring crews for the 2014 World Series and two World Baseball Classics. Coop was the home plate umpire for Hideo Nomo‘s no-hitter in 2001, and for Mark Buehrle‘s no-hitter against the Texas Rangers on April 18, 2007, in addition to being  behind the plate for Buehrle’s perfect game, thrown in 2009.

Eric had been a strong supporter of UMPS CARE Charities over the years, visiting critically ill children in hospitals across the country and participating in on-the-field visits with kids and families from various youth-based organizations. Shortly before he passed away, he was raising funds for an UMPS CARE charity golf event.

The community of Des Moines, Iowa, where Eric Cooper called home, had planned a bowling tournament in his memory and had raised more than $7,500 for UMPS CARE. The tournament had been scheduled for March, but the coronavirus pandemic forced its postponement.

“It is an honor to have Eric remembered through UMPS CARE All-Star Scholarship for deserving young adults,” Eric Cooper’s father, Bill, and stepmother, Donna, said. “Eric achieved a successful career through hard work, determination and a steady commitment to his chosen field. We see these same attributes in Marcus. Congr

“It warms my heart to see Eric honored by UMPS CARE Charities by their presentation of this year’s All-Star Scholarship in his name,” added Chad Cooper, Eric’s brother. “I find this a very fitting tribute to Eric, as he was involved with UMPS CARE Charities for many years, as well as other organizations that benefited youth in need. I am very proud of my brother’s accomplishments, both on and off the field. To now see the work that he did off the field recognized by UMPS CARE in this amazing way only serves to deepen that sense of pride.”