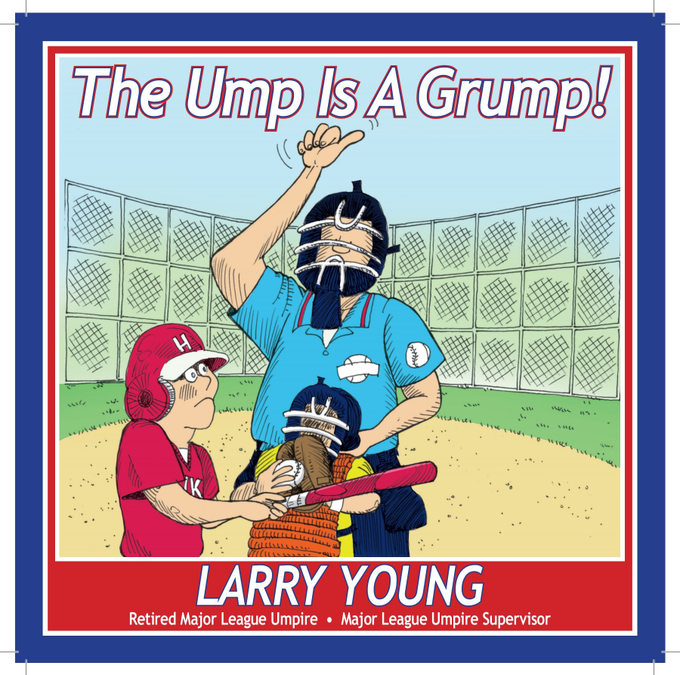 He’s been an umpire since he was 13, joined the American League in 1983 and retired following the 2007 season and is currently a Major League Baseball Umpire Supervisor.

But he considers umpiring his passion, not work.

His main role these days is as “Proud Papa” to grandsons, Bo and Gus, and he decided to write a children’s book about his two “jobs” – as a grandfather and an umpire. The book is titled, “The Ump Is A Grump,” and it tells the story about people in the neighborhood working as umpires in the community.

The book is truly a family affair, as it features Bo as a character. Larry’s wife, Joan, is an avid bookworm and a reading teacher, and Larry’s daughters also provided their perspectives.

“Everybody had a little input in this,” said Larry, then chuckled and added, “I think my 3-year-old grandson thinks he’s going to be famous.”

Although Larry said he did not have to manage much negativity from parents when he was umpiring at the youth level, he recognizes that it is an issue and that kids and parents should note that local umpires are people in the community and should be treated with respect.

Larry is generously donating proceeds from the book to support UMPS CARE Charities programs. This year, UMPS CARE has been providing copies of the book to several hospital partners where we provide Build-A-Bear® furry friends to kids undergoing rigorous medical treatment.

To order your AUTOGRAPHED copy of “The Ump Is A Grump,” click here. Larry is generously donating ALL proceeds from the sales of this book to benefit UMPS CARE programs!

Thanks Larry for writing such a fantastic book and for your continued support for UMPS CARE Charities!